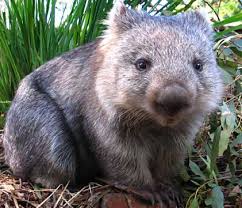 The most baffling aspect of the wombats is the way they communicate with those that happen to share their domain. We have been here over 13 years and each time we go somewhere it involves a drive to the front gate and a laneway that have poplars growing on both sides. Perhaps two hundred in total which we planted some 12 years ago  but which have at least tenfolded in hight during that time.

The laneway is not straight and with some imagination and squinting eyes, the poplars in full leaf, the laneway  could resemble a Vermeer painting.

When we arrive at the gate,which has to be kept open by a flat piece of stone to  prevent is from swinging back, never having invested in a fancy solar powered electric motor that will open gates remotely without the need to leave the car, this flat piece of stone always has the wombat’s calling card in the shape of green almost square nuggets of shit.  Why does it do this? 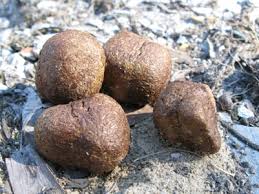 Is the wombat extending a hand of friendship or is it more sinister and telling us to bugger off?

They are capable of digging enormous homes underground with large dykes around it preventing flooding during rain. The previous owners have tried by ramming old vehicles and complete bogies into the holes to try and resettle them away from fences or dams. All to no avail. They simply dig back in the same spot and the fence posts will once again be dangling in mid air and the dam will start to lose its water again.

We have never bothered them and the numbers are now huge. At night, and with the help of a moon you can sometimes see them sauntering by on their way to matings or just to the front gate, perhaps to drop another one on the flat stone.  They also insist on doing the same on the stump that remained after we cut a tree near our house. They love to shit on elevated surfaces.

Is it their calling card to say hello?