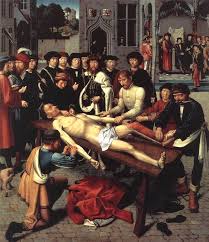 By mid-morning the next day, everyone had bathed and put on their finest clothes just as Cyrus had instructed them and started to gather in the garden of Cambyses’ palace. On their arrival they found that all the wood from their previous day’s work had been used to build dozens of large bonfires, spaced at almost regular intervals all around these extensive and beautifully landscaped palace gardens. Over these fires dozens of whole cattle, sheep and goats were already being roasted on spits turned by attentive servants; all provided by Cyrus, who had personally sacrificed them himself; working since before dawn beside his own servants, and harder than any of them, to prepare this feast.

In the huge ovens of the palace kitchens, countless loaves of flat, un-leavened bread and all kinds of cakes and other delectable sweetmeats were being baked; and, when they were ready, laid on platters on nearby tables ready for Cyrus’ guests to help themselves; while other platters were carried off by servants who circulated with them among the crowd, offering them to the guests.

Soon Cyrus’ servants began to circulate with huge trays of bread and honey-cakes and silver platters, piled high with pastries while others were filled with freshly-carved slices of deliciously roasted meat; offering their treats and titbits to all of Cyrus’ guests, regardless of their social positions. Other slaves carried goatskins of wine and similarly, they circulated among the crowd, keeping the wine-cups of their guests constantly filled as they ate and drank and generally amused themselves.

At first the poorest of the people thought that they would have to wait until the end of the banquet to beg for food as they usually did in their ritual guise as beggars, whose social purpose and function was to cleanse banquets of pollution which may have been generated over the course of the evening, by taking it upon themselves. Such pollution was usually transferred to these human ‘scapegoats’ or beggars, who were often nicknamed ‘killjoys’ or ‘the scourge of banquets’, in the form of small gifts of scraps of food and drink, or occasionally small coins; in return for which, these beggars also performed a priestly function; for to beggars especially was given the power of calling down the blessings of the gods upon the host and his house-hold.

Yet they were only too keenly aware that, although they were tolerated at least to the extent that they were thus fed, more or less, where they might otherwise have starved; yet apart from a few notable exceptions no-one really liked these beggars; they paid for their livelihoods by virtual ostracism, relegated as they were to society’s margins. Indeed, beggars were often feared; for the hand that blesses can also curse. They knew that they were tolerated merely for their services as ritual cleaners; and they were only too painfully aware that another method of transferring pollutions to them was via the medium of blows. Thus, as a means of survival, being a beggar or a scapegoat was not without its own dangers.

But when these poor people eventually realized that this banquet was as much for them as for anyone else, and that they need not fear violence from anyone, instead of waiting for scraps they began to help themselves enthusiastically to all the most tempting food and drinks with which the servants still circulated; offering them freely to even these poorest of Persians with genuinely warm smiles of welcome on their faces; just as Cyrus had commanded. But these poorest of Persians were only just beginning to recover from their shock at this latest wonder when suddenly their newly-appointed leader, Cyrus, climbed up onto a small, raised platform which he’d had constructed for just this purpose, and once again started to address them:

“Fellow Persians” he began, “today’s task is quite different from yesterday’s! Today, you are all to recline on the grass; eat and drink your fill and make merry. Enjoy yourselves until your hearts are content! Let the air be filled with revelry and laughter; and let joy be unrestrained! Musicians, strike up a tune, and play merrily so those who wish to may dance and sing!”

Cyrus’ guests did not need any further bidding but fell to with a will and soon the air was filled with the sound of music and laughter as some danced and sang for the amusement of their fellow revellers while still others merely ate and drank enthusiastically, reclining at their ease on the soft grass as if they hadn’t a care in the world. Thus they spent the whole day, enjoying the warmth of the sun and the absence of toil.

Not one of them thought to ask themselves why Cyrus had sacrificed so many beasts just so they might feast and enjoy themselves so pleasantly. 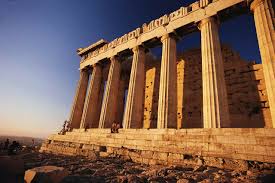 By late afternoon the feasting had slowed down a little; the musicians were now playing slower and more melodic tunes as the guests began to tire of their exertions in their dancing and began to relax on the grass to quench their thirst with more wine; a luxury hitherto known only to the noblest of Persian aristocracy. Amid the continuing scenes of revelry Cyrus had a trumpeter play a brief fanfare in order to get the crowd’s attention. Then he addressed his guests once more:

“Friends! Fellow Persians! I have a question for you! I want to know which day’s work you all prefer? Today’s or yesterday’s?”

With a brief look at the other guests around him, a large, well-muscled man in his mid-thirties took it upon himself to be spokesman for the whole crowd; he stood up and with a deep laugh, began to speak:

“My Lord, the contrast is indeed striking; yesterday’s work was everything that is bad; full of toil and hardship; today’s work is everything that is good; nothing but enjoyment and pleasure!” As everyone cheered to show their agreement to this last proposition, he continued, “I think I can safely say that I speak for everyone here, when I say that we prefer today’s task to yesterday’s!”

This was immediately and enthusiastically greeted with even louder cheers and shouts of general agreement and even more applause from the crowd. With an indulgent smile Cyrus let them continue to cheer for a few moments before holding up his arms for quiet as he began to speak again:

“Men of Persia, this is how things are with you: If you choose to listen to my words, you may enjoy these and ten thousand similar delights, and never condescend to any slavish toil; but if you will not listen, then prepare yourselves for unnumbered toils as hard as yesterday’s. Now therefore follow my advice, and be free! For myself I feel that I am destined by Providence to undertake your liberation; and you, I am sure, are not inferior to the Medes in anything; least of all in bravery. Therefore I say to you, revolt from Astyages, without a moment’s delay!”

The multitude cheered and applauded again; louder even than it had for its spokesman; demonstrating its unanimous and wholehearted approval of everything Cyrus’ had said; for the Persians had long been growing weary under the tax-burden and the levies imposed upon them by their overlords, the Medes. Indeed, each year it was getting harder to meet the king’s ever-increasing demand for tribute and troops, so they were in any case just about ripe for revolution; all they had needed was a leader; and now that they had found one, they were all overjoyed.

Yet among them there was one man who did not share the general enthusiasm. He was one of Astyages’ spies; and as he listened to Cyrus’ intentions, he was so horrified by his speech that as soon as he could he quietly slipped away from the feast, unnoticed by anyone, while the revellers were still cheering loudly for their new master. As soon as the spy was off Cambyses’ property and out of sight of the revellers he broke into a run and, as fast as he could, he soon left the city gates behind far him and headed for the King’s Highway; the quickest route to Media; to report this new development to Astyages.