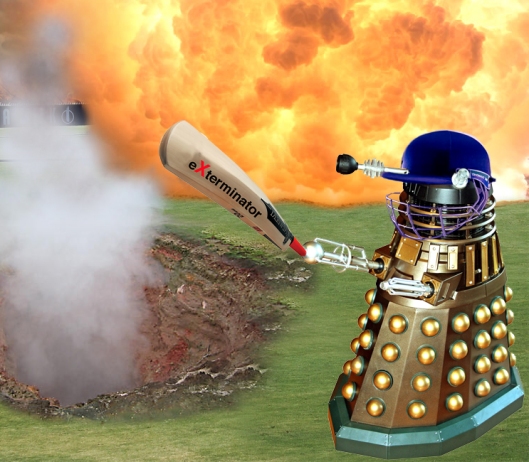 We are currently on Althus 5 a planet that circles Merak a star in Ursa Major about 80 light years from Earth. It’s great to be on a planet after all that time in space.  Althus 5 is a big planet with very few people. You see children are hard to have and women out number men by 10 to 1. The thing is that the men aren’t all that interested in sex and only do it at Christmas or birthdays and even then only if everything is in alignment with the Gods or should I say the God, Gordas. Gordas is the one god, the true god. I am the light, the truth and the way Gordas would say. Now you and I know that Gordas is really Gordon O’Donnell, the astrophysicist from another dimension but never let the truth get in the road of a good story.

Anyway Belinda and I are staying at Andy Smiths place, well actually they call him “Randy” Andy as he has had 3 children from 8 wives over 10 years. Randy’s two head wives, Zig and Zag,  take Belinda to the cricket as on Althus 5 generally only women go to the games and only women play cricket. If men go they are treated like sex symbols and are constantly taunted and many have numerous sexual propositions put to them like “Nice buns honey, is that a gun in your pocket, wanna come home with me baby for a good time” and other rude suggestions.

I get to go out with the “boys” to have my nails done, a hair appointment then coffee and croissants then off to a bloke flick staring Grew Hant. As I am walking down the street with the “boys” I suddenly realise how good cricket is. I mean I can take a few taunts and the idea of seeing a Grew Hant movie is turning my stomach over. I make a feeble excuse like “I’ve got a headache” and jump a cab to the ground.

After a few wolf whistles, a couple of pinches on the bum and some business cards stuffed in my G King undies I join the girls in the stand. “So you came after all Sandy?” says Zig suggestively. “Oh yes, love my cricket” I lie brilliantly, “Silly mid on in already?” I announce informatively to which the girls laugh, “No” says Zag “this is the pre game entertainment” causing all around to know that I am the Sergeant Schultz of cricket and that ‘I know nuthink’.

Just as the boredom of a whole day at the cricket smacks me in the face my phone rings. Saved by the bell, for zark sake. . It’s Catherine the central computer “Sandy we’ve got company, you and young Bel better get back fast”. As disappearing in public is against space protocol we go around to the back of the grandstand and insert a finger in our mouths. See when you get a SPIT, Small Personal Interplanetary Teleporter, in goes into your mouth on the inside of the cheek. The SPIT reads you as a list of particles, decodes you then transports you to the responder and reassembles you instantly.  This is a great and complex piece of fiction.

We enter Henry’s room. Henry is the navigational computer. “Sandy, a message is coming in as a hologram from the Captain of the ICCB destroyer Enterprise Bargaining” Henry relates rather nervously.

The hologram appears. Yuk. It’s some form of mental man with a laser cannon sticking out of his head and a cricket bat in his hand “Salutations, My name is Captain Ion Chappell of the ICCB first XI,  please be prepared to die, your ship is about to be  blown to smithereens and I want to watch it burn, eradicate, eradicate…..”

I can hear voices in my head, its Dad, he’s calling me “Use the farce Luke, er, um, oops, sorry, Sandy, use the farce”. “I think you will find that it’s exterminate, exterminate” I say stupidly and with that the farce takes the 38B into a deep spiral exit manoeuvre and out to the other side of the star. Using the forces of the star and being hidden it then closes in on the rear of the destroyer. Belinda pipes in “Fire when ready I think the saying is” with which a laser cannon fires hitting the IUD and blowing it out of the sky, if there was one. Gee, some things is space just never cease to amaze me.