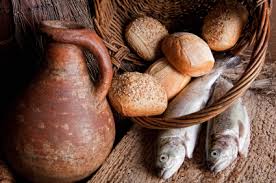 My fishes died yesterday! I was foolish to have left the care of my aquarium to a neighbour up the road. We were going camping. All this back in the eighties or so. She, the friendly neighbour, in her way thought it best to feed them in one hit as she too planned to go away but did not tell us that. What made it worse was that the aquarium held salt water tropical fish with life coral. It held 500 litres of ocean water with some beautiful and very expensive fish. (notice ‘fish’ as the plural)

Too much food for fish means that the water will go off, bacteria will soak up all oxygen and the fish will simply drown and die. I had planned to go back to Sydney half way through our camping holiday to check on my fish. The devastation after arrival came clear within seconds. There was by beloved Emperor floating sideways gasping for air with two blue Damsels as dead as could be. The air pump was going flat tack but with some fish rotting as well, it was an impossible and unfair battle. I knew what to do.

I transferred the still live fish into a plastic garbage container with fresh lot of sea water which I obtained down the hill of our street direct from the harbour, and transferred the air pump to aerate the water nonstop. I emptied the aquarium of the putrid water and buried the dead fish below the paper bark tree in the court yard… A sad day! I saved some fish and after clean sea water was put in the aquarium transferred the live fishes* back into their own home again. Fish are very intelligent and they knew I was in the room and would became agitated, wanting to be fed. I read that an aquarium holder of octopuses’ allowed his pets to go and wander around the house at night before going back into the water.

When I read how reefs are being plundered by money hungry tropical reef fish and aquarium traders, I stopped having them and now just have our JRT ‘Milo’. Even in the dog world there are stories doing the rounds of ‘puppy farming’. It just is never ending how so much is reduced to money. Anyway, Milo is just a street dog without pedigree and was sold by a very caring dog loving family.

I now have to explain the heading of ‘loaves’.

During the last war and my persistent memories of that period so early on I was given a loaf of dark bread by a German soldier billeted below street level in the cellars of our street. It was just a few weeks before it would all end in the capitulation of all German troops. He must have felt pity. It was when hunger stalked the street of Rotterdam and thousands were starting to die of starvation. You can imagine my mother’s joy of having a loaf of bread. It came from the enemy. A kind enemy.

I have never forgotten.