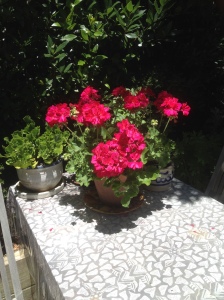 I am not sure where the present obsession of motions and spill originate from. I could google it but at my age I have enough on my plate.
I know that moving motions is the essence of getting on with the business of governing but how politicians can keep a straight face in Parliament while sitting on private motions is tsunami causing hilariously funny. Is that why the English speaking world has produced so many top comedians? How did the word ‘motion’ ever come to be part of parliamentary language as did ‘spills’? Another type of moving motions is the intestinal one, at times far more urgent and necessary. When you look at that coterie of politicians sitting there in rows it might help to see them in their other ‘motion moving’ role as well. It helps to give perspective.

With the latest spill being defeated, our PM can again walk tall, more likely stumble on. He must restrain his habit of rashly following his scattered urges and the flowery repetitious language. His wife ought to take the pictures of Queen and Country away from his bed-side table, replace them with a picture of Erasmus of Rotterdam instead. For his daily drink, give him Billy Tea instead of Earl Grey. It might also help for Mrs Abbott to tie him to a plank to stop him from his obsessive and continuous genuflecting motions whenever he thinks of Australia as living at the feet of Queen Victoria and glorious Beefeaters.

I don’t know what holds the future. Will it be a continuation of what we have now? I feel somewhat deflated with the prospect of seeing the Abbott spectacle for some time yet on TV. I do have the option of switching the thing off.

I remember well the excitement of the new. With age comes repetition of events and the edges less sharply defined, a dulling of experiences, the sun a bit less yellow. But whatever the future holds, I will never give in to the brutality of what our leaders have meted out towards the asylum seekers. That will keep me on edge as nothing else will. Oh, and the silly knighthoods, moving motions and all the rest of absurdity of life…

We mustn’t take it too seriously. Go and get a laugh.

6 thoughts on “Of Motions and Spills.”