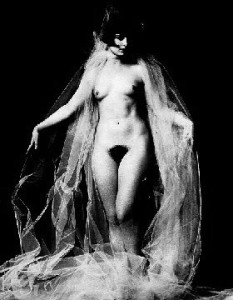 It is always good to know that in writing you just have to know the first word. The rest usually follows from then on. I decided my first word for the day to be ‘apple’. It is round in shape and when spoken out loud, sounds evenly balanced between vowels and consonants. Of course, the logical word to follow after ‘apple’ could well be ‘Granny Smith’ or even ‘Lady Pink’. I thought to try and associate ‘Eve” to the apple.

You sometimes wonder how a modern version of Adam and Eve would turn out. The eager acceptance by Adam of Eve’s apple was the beginning of the end really. I mean, the apple was just a decoy for a many folded love secret kept well hidden by a cunning Eve. She knew it would be irresistible to Adam, transfixed as he was from then on her litheness while sliding from the tree in that garden of Eden. It worked its charm but with devastating results. It became complicated. I mean, who would have thought it would result in the painting of the Sistine Chapel’s ceiling by Michael Angelo?

Was Eve all that innocent and still virginal with that offer of an apple, or was that apple loaded with venom, spite and revenge? A trick to get more little Adams and Eves roaming that lush park of flowing creeks, some sparse shrubs and sharp thistles. To lure him within her, sate him, empty to oblivion and so much nothingness?

On the other hand, did Adam not see the serpent with glistening eyes also slithering from that same tree. He could have given the apple to the snake instead of grabbing it himself. He had a choice!

It is all now so complicated and so much water under the bridge. I have also yielded to temptation and gone over to white bread. The birdseed wholemeal version has lost out. Forgive me daddy, I am nothing but a failure! I also broke a promise to take on smoking again at sixty five having given it up some decades earlier. It was the only thing that I could think of as a reward for giving it up. I failed a few times but none so badly as not having kept my promise to take it up again when I turned sixty five.

It is too late now. No going back or suffering regrets. Je ne regrette rien.

Going back to lithesome Eve. I would have cut the apple and offered her half. Furthermore,I would look Eve in the eye and, after a few communal bites, while sauntering around the garden, offering a few words of my own ask her then kindly,… your place or mine…?