There was a buzz of excitement at the Arms tonight as apparently Merv is set to make a special announcement. So special that no one is to know, not even Glenda, hmm, now that’s special.

“Gather round you lot. I just want to let you know that I’m quitting!” roars Merv.

“Shit, who’s going to pull our beers!” exclaims Gib W “Why don’t you get Hedgie now he is out of Silver Water?”

“I know lets have a game of cricket to decide if Hedgie gets the job or someone else” pipes in Angler getting the nod of agreement from those assembled. When

Angler on holidays as usual

you hear crickets in the Front Bar at the Pigs Arms, well lets just say you may have some work ahead of you.

The girls are acting disinterested in this earth shattering announcement and go back to the racing guide.

“Anyone got fags” asks Hon Shades. “That horse in the fifth, Run No More, sounds like the winner to me. Can I borrow your lighter Merv?”

“No, you lot, I’m quitting smoking”

“Sorry but that’s ennui Merv, anyway can I have your left over smokes, there’s a pet” states Nurse Barbara .

Sister Yvonne winks to the crew and with that indelible smile says “Yeah wheeze thought that you might get some nice boys in here with tight pecs, know wot I mean”.

The walls start quivering, I mean rippling like corrugated iron sort of does when hit by a tornado, well sort of, just adds to the drama. So what the hell is happening.

Out of nowhere came a bright white orb in the centre of the room and of course it’s Gordon. If I was there I would be pooping the longjohns, let me tell ya.

“Gordon, you scared the you know what out of me” says Merv.

“Sorry. Took the old spaceship for a weekend run and ended up in the future. Brought this nice gizmo from McBunnings-Mart, good for party tricks. It’s a SOFTON”

The crew erupt. “A soft on, to many Trotters Gordy” says Gib.

Gordon and his gizmo…

I travel in space I take my SOFTON. It’s quite comforting to know that on any occasion I can always call on my SOFTON.”

Gordon grins away at his new toy while the crew join in a round of laughter.

“Anyway I’m in space somewhere till I heard Merv is quitting” continues Gordon.

“I’m quitting smoking as it’s bad for my health. Think of the money I’ll save. Hey hang on a minute, Hung, do you know that you’ve never paid me?” Somewhere in Merv’s head a synapse has been electronically processed and the penny drops. Ting.

“Sorry Merv, lets talk about that later. The good folk want to know what happens in the end, for sure, 100%, hmm, hmm.” Hung says from the commentary box.

Merv feels confused. Everyone seems to think he was quitting as barman at the Arms. He started thinking, dangerous I know, I have always been here at the Arms

and I always will be, Exactly! interrupts Gordon in Merv’s thoughts.

“So yes my son. That is real. No shit.” Spooky music plays in the background and the crew become hushed. “Smoking? Merv? Really? Give it up and God bless.” Merv looks up and sees Gordon playing with his SOFTON as he disappears from the room. Please anyone watching at home, try not to image that scene.

Gee you know. Sometimes fact is stranger than fiction

*Had to get an acronym in there as it’s been awhile. 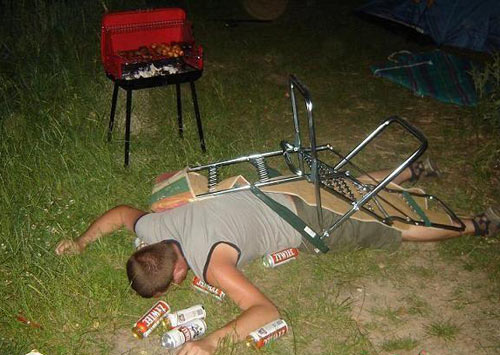 Merv at the end of the day