You all know what a sucker I am for a good dog yarn; so when I came across some recent research regarding the genetic and morphological variation in domestic dogs I was immediately drawn to a study that articulates the human determined direction of domestic dog evolution over the past 10K years, and specially the effect of human selection in confirming Darwin’s theory. Human intervention has allowed dogs to follow their own evolutionary paths, dumping Darwin’s soundbite, ‘survival of the fittest’, and proving him right in the bargain. The study was conducted by biologists Chris Klingenberg, of The University of Manchester and Abby Drake, of the College of the Holy Cross in the US.

Published in The American Naturalist on January 20, 2010, the study compared the skull shapes of domestic dogs with those of different species across the order Carnivora, to which dogs belong along with cats, bears, weasels, civets and even seals and walruses.

Dr Drake explains: “We usually think of evolution as a slow and gradual process, but the incredible amount of diversity in domestic dogs has originated through selective breeding in just the last few hundred years, and particularly after the modern purebred dog breeds were established in the last 150 years.” 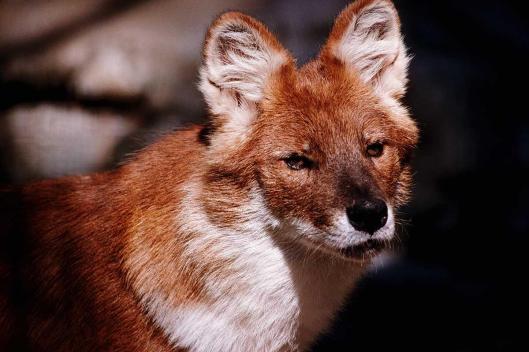 By contrast, the order Carnivora dates back at least 60 million years. The massive diversity in the shapes of the dogs’ skulls emphatically proves that selection has a powerful role to play in evolution and the level of diversity that separates species and even families can be generated within a single species, in this case in dogs.

Much of the diversity of domestic dog skulls is outside the range of variation in the Carnivora, and thus represents skull shapes that are entirely novel.

Dr Klingenberg adds: “Domestic dogs are boldly going where no self respecting carnivore ever has gone before.

“Domestic dogs don’t live in the wild so they don’t have to run after things and kill them — their food comes out of a tin and the toughest thing they’ll ever have to chew is their owner’s slippers. So they can get away with a lot of variation that would affect functions such as breathing and chewing and would therefore lead to their extinction.

“Natural selection has been relaxed and replaced with artificial selection for various shapes that breeders favour.”

Domestic dogs are a model species for studying longer term natural selection. Darwin studied them, as well as pigeons and other domesticated species.

Drake and Klingenberg compared the amazing amount of diversity in dogs to the entire order Carnivora. They measured the positions of 50 recognizable points on the skulls of dogs and their ‘cousins’ from the rest of the order Carnivora, and analyzed shape variation with newly developed methods.

The team divided the dog breeds into categories according to function, such as hunting, herding, guarding and companion dogs. They found the companion (or pet) dogs were more variable than all the other categories put together.

According to Drake, “Dogs are bred for their looks, not for doing a job so there is more scope for outlandish variations, which are then able to survive and reproduce.”

Dr Klingenberg concludes: “I think this example of head shape is characteristic of many others and is showing it so clearly, showing what happens when you consistently and over time apply selection.

“This study illustrates the power of Darwinian selection with so much variation produced in such a short period of time. The evidence is very strong.”

Adapted from materials provided by University of Manchester.

27 thoughts on “How Different Can Dogs Get ? One Canus Tell”