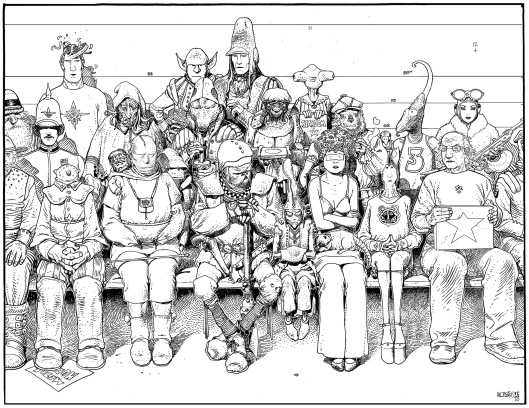 At the  rear: Hung One On with unravelling brain, Lehan Winifred Ramsay listening for clues, Atomou gaze firmly fixed to the job at hand, Hadron keeping an eye on each way.

Front row: GO the artist droid(just), Warrigal the chief sensor who unfortunately couldn’t bring his head as in was in for maintenance, Michael Jones the publican of the Bats Droppings with a spare skull, Big M with battle axe at hand, Throwdough Haggins , Vivienne with Catherine the central controlling computer in her lap, Voice and Neville the navcom illustrating a star, just in case you didn’t know.

Little did they realise but they had to play a game of cricket against the droids at the local village green.

The Pigs Arms won the toss and batted. Here is the scorecard 50 overs per side.

Hung On One retired hurt for 0

Vivienne, not out 110 and still raging

Big M, not out 55 however several members of the opposing team are nursing wounds

Lehan caught Holding On Bowled by Tsunamis for 50

Astyages bowled by Harpagus for 15

Vectis Lad, run out by a short half nose photo finish for 25

443 off 50 overs. Droid team declared 0/0 as the bar was opened conveniently by Michael Jones.