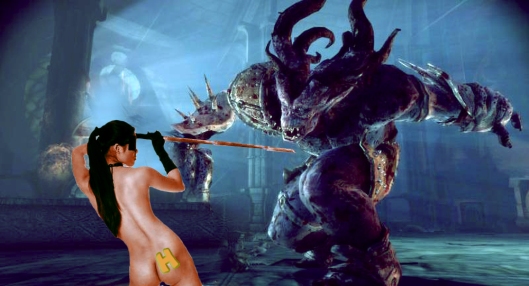 The story so far, Sandy, that’s me, I have to reset the expiry date on Gordon’s One Card. The only place I can do that is at the bottom of a mountain guarded by a blood thirsty war tribe on a distant planet. Sounds fun, not.

The girls are out fighting the Stumponian Battle Fleet while I look for every hiding place I can find. Not into this fighting thing. Alas the S.S. Julian II has been able to beam me down into the room at the bottom of Mount TheKerb that houses the ATM. The bad part is only I could get through and I’ve come face to face with the evil Lord Axelrod the Marauder, who also turns out to have been my brother David in a previous life, being mine. One scary dude let me tell you.

“So Sandy we finally meet” grins Axelrod. Yeah, great. Just what I needed.

“We fight to the death with swords” he reply’s thrusting  the weapon in my direction.

“Hey look, I did that trip with Dad and he didn’t come off to good” I relate, thinking about Lord Deaf Visions untimely death. “Look how about hand paper scissors or draughts, occupational health and safety and all that” I plead.

Zark. Why does everything in space involve a fight. I mean just can’t we all love one another plus I’m a coward and just want to get the zark out of here.

I didn’t last long in the sword fight and in less than a few minutes Alexrod has me pinned in the corner and is about to kill me when the Helvi-bot arrives and kicks Alexrods sword away while simultaneously shooting him in the arm. Who says women can’t multi-task.

I reset the expiry date and pick up the bail while Helvi holds a gun on Alexrod. Wow, you wait till I tell my work buddies. “Waddya do in the holidays Sandy?” they will ask to which I might just say “Oh, held a murderous tribal leader with a gun or two in an intergalactic war where cricket rules”. To which they reply “That Sandy is one crazy dude”.

I examine Alexrods wounds and say “Not to bad, you’ll live”