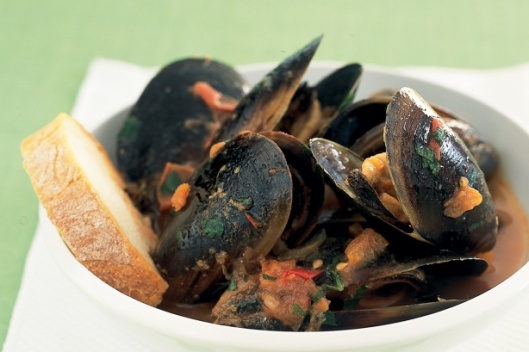 Now here is a story behind a recipe that happened to me about 10 years or so ago. One day I came home from work and I never went back. After years of excessive work hours and stress I decided I’d had enough. Our bills were all paid and our boys were working and the wonderful Tutu who was working part time did a few extra shifts to get us by while I had a bit of a breather.

To keep my brain active I enrolled in TAFE to study food technology. Now you all know I am not a morning person so as usual I was a bit late on the first day and when I walked into the classroom there was only one chair left next to this charming looking Asian woman.

At the next break she introduced herself as Jasmin and from that moment forward Jasmin and I became friends. We sat with each other, studied together and when we did field visits she always came with me. I would always help Jasmin with her class work and give her some pointers with assignments but she did the work herself. Most of the problems for her were simply language, mainly colloquialisms. See back in Singapore Jasmin was wealthy, no extremely wealthy, her husband was a multimillionaire. Both of her boys had been accepted into the local university so she followed to keep an eye on them and enrolled in the same course as me to keep her brain active.

One day she attended school and asked if I could help with her homework. I had to make it clear to Jasmin that I was a student not a teacher and that I couldn’t do the work for her. She understood perfectly and when I read her papers I realised this was one very bright woman, so I helped her. She asked me why I would always have a cheese and ham sandwich. I told her, they are easy to make and portable. Jasmin told me not to bring lunch tomorrow and from that day on she fed me lunch everyday Singapore style and man it was amazing, prawn dumplings being my favourite just ahead of curried chicken and noodle.

At the end of the year Jasmin told me she was returning home. She was home sick and the boys were doing fine. She shouted me this meal at a Singaporean restaurant in town as a farewell gift.

Mussels – the chef did 24 per serve

Heat oil in a wok. Don’t use oil with flavour, canola is best. Saute garlic, chilli and prawn paste then tomatoes. Add beer, I would use light beer, lets face it it’s not worth drinking. Let it reduce then add mussels. Put lid on and using pot holders give it all a good toss so that everything mixes. Steam for 5 to 7 minutes. Discard any mussels that do not open and plate up. Drizzle mussels with sauce and serve with crusty bread.

Serve this dish with beer not wine and it is okay to soak up the sauce with the bread. Jasmin made sure the beers kept coming and I got through and another round or two of mussels. Jasmin’s chauffeur drove me home and for years after we kept in contact by email. Unfortunately my computer crashed and I lost her email address. But doesn’t matter, it was a fantastic year, a fantastic friendship from two very different people and I will never forget her. The other pleasing thing is I know that somewhere in Singapore someone will no how to say “fair dinkum mate”.