Merv and the Robot.

As usual, it’s Merv that attends to the bar jobs, oh yes, so that the pub is open for business, helps pay off his 457 visa card or something like that. Never been great with pames or naplces, don’t know why, it’s not that I’m a drongo or anything.

As bar manager, Merv needs to attend to a level of acceptable bar etiquette, like no guns, pitchforks, effigies or blow up replicas, for example, voodoo dolls, just sayin’ like.

Did you hear that…

Today however, something unusual is happening at the Pigs Arm’s, no one is calling for the government to step down and they’re all too busy drinking Trotter’s Lager to worry about it. And let’s face it, why shouldn’t they be.

Meanwhile, in the office, out the back, so no one can really tell what’s happening, Merv calls to Foodge, you know our own private dick and barrister, “Come and have a look at this Foodge, a typewriter and a television screen rigged up together. Can’t see it getting far but who nose.”

“No, you just said who nose, when you meant who knows. Are you a moron Merv, even O’Hoo nose the difference between who knows and you nose or even, fuck  nose.”

Merv isn’t put off by the bar banter, he starts to stay up late at night learning how to use this typewriter and make orders for the pub and eventually he looks up a website that sells robotic barman. Can you see where this is heading, I can and I’m the author.

See Merv has only ever had one day off since the beginning of the Pigs Arms. What better than an AI(Artificial Intelligence) robot to do your job. Yes a holiday.

“Hey Merv, this robot you have ordered so you can have a holiday, can do everything better quicker faster, why do we need you when you come back” says someone. Okay, if you what to know who that someone is ask Big M, not that he said it.

Something in Merv thinks, oops. Okay let’s send it back.

Algernon wanders in , shotgun cocked, brain, well, engaged, “WTF is that whatever your name is that I’m talking to”

“It’s Merv Sir. He’s got a reply email from the Postmaster that says Do Not Reply” says the script reader.

After wanting to return the robot barman, Merv sent this email to the robot company that had told him that he couldn’t reply. Merv was fuming. Here is a redacted form of Merv’s reply, just in case there are kiddies watching,

Thank you for your request. I just wish to tell you how much I miss you.

Fond memories pervade over this valley of time given your lengthy absence.

Hoping the rumours about your ill health aren’t true otherwise it has been nice knowing you.

“Merv, you can say that about whatever” says Nurse Barbara. “Maybe you want to talk to that bloke over there. He’s been asking about emails and Moooovveee which I reckon might mean Merv. And he has been talking about cans of magic elixir.” Wink, wink, oh my Gordon, how far do I have to go thinks Nurse Barbara. Jesus Fucking Christ I give up,sorry kiddies.

Just as a mosquito was about to fly by, a man entered the bar at the Pigs Arms. He ordered a beer and said “Has anyone here ever heard of a bloke called Merv?”

“Nah mate, who the eff are you?” says someone to whom I haven’t aligned this comment to.

get some of this down ya

this. Nap O’Leon places a can on a bar. “This is French champagne” he continues “I’m from French and I’m here to investigate an email that was sent to our No Reply Email service. The depression rate in our Postmaster Offices has increased. We must stop this or else.”

“Hey fellas, how about a dip in the ocean before our next chug along?” says Sister Yvonne.

“Nah, that would put me fag out” replies Nurse Barbara.

“What about the French champagne. Hasn’t it just been proven that nothing plus nothing equals something” says Foodge, our community sitarist.

“Oh no, not this hoary old chestnut however it is ridiculously delicious just like I like my boiled eggs sunny side up.” replies Nap O’Leon.

“I’ve bet you have never been to a fuel and produce store, hmm, didn’t think so, follow me dribbler” says a really surprising retort from one of the list of characters that could possibly answer so this time I’ll go to Sister Yvonne.

“Have you any fuel or produce?” Yvonne asks the young assistant behind the counter. 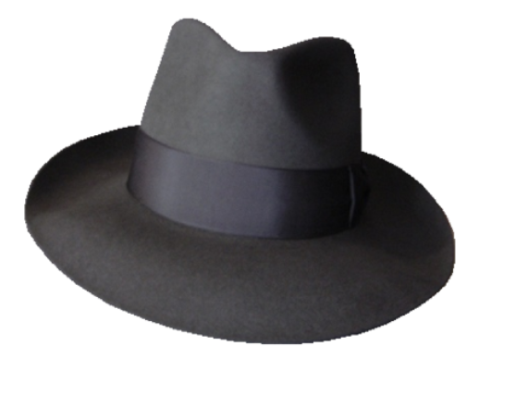 Foodge had slept half of the day after his workout with the Pig’s Arms crew, so showered, dressed in his second best suit, unsuccessfully tried to beat his black  Fedora back into shape, gave up, and decided to wear the grey one that ‘shoe sent from South Australia. He sauntered into the Main Bar half hoping to catch up with Wes , to finalise the surf gang investigation and fully hoping to avail himself of some brews. “Pint of Trotters, thanks Merv.” As he gingerly mounted the bar stool, using the footrest to push his flabby buttocks all of the way onto the seat.

Merv complied. Foodge downed the amber liquid in one long gulp. “Another, thanks Merv.”

“But…psht…arr…but, you can’t. I’m a paying customer!” Which wasn’t strictly true, as Foodge only sporadically paid his tab.

“Listen, Foodge, this is for you own good!” Merv’s brows were even more firmly knitted together. “I don’t want you to end up they way I used to be.”

“What’s the John Dory, Merv?” Foodge was down with the young people’s way of speaking, back in the 50’s.

“Listen Foodge, I’ll tell yer this once, and once only, and if yer tell anyone else, I’ll job ya, OK?”

“But you drink beer all day.” Foodge immediately thought he had the upper hand. 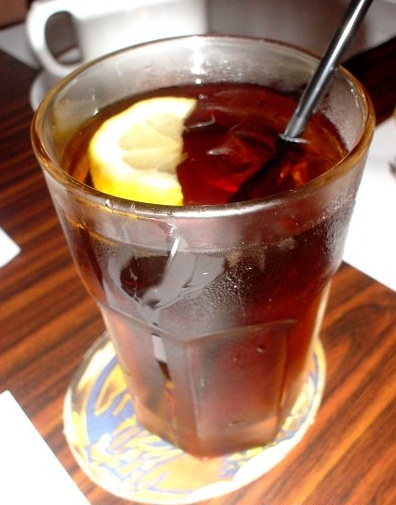 Merv shook his head. “Cold green tea, fizzed up in the Soda Stream, very refreshing, and gives you punters a good impression.” Merv poured Foodge a pint of carbonated green tea to try. “Anyway, it all started when I was in the coppers. Beryl came and made allegations of cheating in the local African Violets Growers Competition. She alleged that a well-known identity, who shall remain nameless, but was married to the, then, mayor, had cheated by illegally importing African Violets from Africa, and entering them in the competition. I knew it wasn’t a police matter, but I went ahead, seeing as how Beryl was good to all of us kids when I was a little’n. He stopped to have a long pull from his pint.

“I managed to find a paper trail all the way from a wholesale grower in Africa, all the way to the local identity’s address. Took the evidence to the DCI only to be told, in no uncertain terms, to drop it. So I did, much to my shame.” Later that year Beryl came to me again alleging that the same person had cheated at the Lewisham Fair Sponge Baking Competition. Once again, paper trail all the way from a well known hotel in Sidney, all the way to ‘er letterbox. This time I didn’t let Beryl down, I went straight round to ‘er ‘ouse and arrester ‘er. Unbeknown to me, one of my colleagues managed to ‘lose’ all of the evidence, and I was in strife for wrongful arrest.” Merv couldn’t look Foodge in the eye, which was good, because Foodge was bloody uncomfortable hearing all of this.

“The other blokes started pickin’ on me. You know? Little things like decoratin’ me locker with icin’, or dispatchin’ me to an incident at a flower show, and so on.” Merv had a tear in his eye. “I loved bein’ a copper, but I couldn’t go on. The whole of the pleece force knew all about it, blokes used to snigger at me, ‘here comes the patty cake police’. I’d ‘ad enough. Took redundancy, and hoped to open me own private detectin’ business.” Merv stopped to blow his nose.

Cruel cake for a policeman

“Never took off, no contacts in the coppers, not like you ‘n’ O’Hoo, ‘e’s a good mate to you.” Foodge nodded. “Started drinkin’ in ‘ere every night, lookin’ for contacts, an’ woke up every mornin’, face down in me own piss ‘n’ spew. One mornin’ Granny rolled me over,  slapped me across the face, and said to me. ‘Merv, you’re a good man, you need a job, and I need a barman, so let’s get it sorted!’”

“So, who taught you how to fight?” Foodge was eager to get as much out of Merv as possible.

“Doctor Umentry was me first trainer.”

“What, the old bloke who owns the gym, is he a doctor? Maybe I should se him?” Foodge saw an opportunity for free medical care.

“No, not a medical doctor, ‘e’s got a PhD in philosophy. Still does some lectures over at the uni, but loves ‘is boxin’. Anyway ‘e was me original trainer when I was a youngin’. I was one fight away from becoming the NSW ‘eavyweight champ, when a brawler named ‘Peabody’ blindsided the ref, kneed me in the tackle an’ broke me nose as I went down clutchin’ the goolies. Never fought again, well, not in the ring!” Merv absent-mindedly adjusted the ‘men’ before he went on.

“Anyway, Granny ‘ad seen me fight in me younger days, so, not long after she gave me the job, she started to train me, ‘opin’ I might make a comeback. Never did, me ‘art wasn’t in it.”

“So, Granny was a boxing trainer? Foodge’s head had been a bit muddle this week.

“Not so much a trainer, as a fighter. Boxin’ ‘as always been illegal for women in New South Wales, but, there was a shortage of boxers in the war, so girls like Granny used to either, enter illegal fights in gyms dotted about the place, or, enter legit fights pretendin’ to be a bloke, which probably weren’t to ‘ard for ‘er.” Merv laughed. “Anyway, ‘ere’s Granny with your salad, want some more tea with that?”