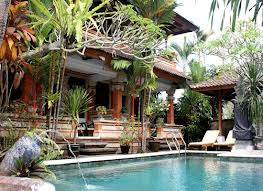 We are again on the cusp of taking yet another break. We know that between birth and death there is life, so, while we are still able we would like to travel, not least now that the mortgages have been settled, the credit card in credit, and the kids have more than left home.

We don’t like the fridge keeping food for our return and normally prefer eating it empty. Even so, we had misjudged our appetite and found the fridge bare with yet still two days to go before our departure.

That’s why we found ourselves this morning at Woolworth deciding on how to sustain ourselves without going on a binge of last minute eating before the plane takes off. I suggested we could always take a few sandwiches on the plane or a nice crispy salad with bits of toast in lieu of croutons. I got smacked.

H suggested making a chicken curry dish for two days. A good choice as I had discovered a couple of thighs (chicken) at the back of the fridge. As we only had a few stalks of chives I decided (decisively) to buy some vegetables to go with the chicken. H wanted a bag of carrots but I felt this was overdoing it. For two days a bag of carrots? “Are we feeding a horse somewhere,” I asked? H; “Oh, lets not go into that again”. “Do we have to go on about the number of carrots?” “Is this what we are retired for” she added and gave a good sigh to emphasise a determination to get her way?

“Ok, ok, lets compromise and get 6 carrots”, I said. “That’s three each for two days, plus a zucchini that I found in the fridge as well, and two potatoes, I added for good measure.”

While the chicken is on the way, the carrots sliced and simmering, I decided to concentrate on trying to figure out not to get charged exorbitant 3G IPhone charges. The most horrifying stories of thousands of IPhone users being charged enormous costs on using their IPhones overseas appeared on Google. Even not using the IPhone costs thousands. Apparently all those ‘Apps’ keep rumbling on in the background, adding costs even when you are asleep and not using the IPhone.

Despite all the hints of switching Off Data while overseas, I still haven’t found this button on my Apple IPhone. I suppose to have a button on my ‘settings’ to disable all data downloads. But I can’t have that button, no matter how often I check and re-check. It is all so tedious.
Worse than 6 carrots.
Anyway, here is the address:
Just ignore the ratings. We do know the place and the friendly owners.

3 thoughts on “Three or six Carrots?”