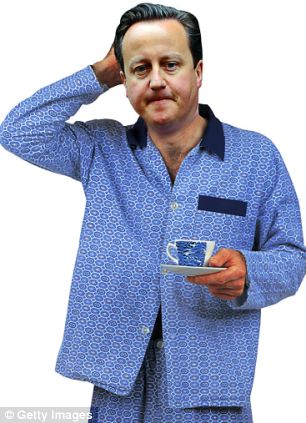 When many of us hear the phrase “the terrible twos” – especially the parents amongst us, we think of when our darling offspring reached the age of two and turned from adorable infant chips off the old blocks to abominable tiny fascists.

They know everything. They cannot for the life of them figure out why we don’t get what they are saying or intuit what they want immediately and deliver same – also immediately. They are snappy, intolerant little bastards who are lucky to make it to the pre-school years.

And they get shitty and overwhelmed by little things like a late feed, the absence of the toy de jour or more often than not a delayed sleepy bines.

But dear patron of the salle de porc, I want to introduce you to my personal terrible twos.

These times of the day have become mes enfents terrible. Because why ? Because I am invariably awake at two AM, when deep REM sleep would be a huge plus, and conversely, when my ageing corpus goes into heavy sleep-craving mode at two PM this becomes not a great look at work.

After some recent years of sleep deprivation – again, not unlike those post-partum months (did he say months ? He must have meant years) the night becomes a collection of snatched moments of shuteye interspersed with periods of attempting to resolve the world’s irresolvable malaises.

There are some who say, with due justification that this is an expression of depression from the age when one realizes that the mortgage will never be paid off in one’s lifetime, global warming will see us toasted in a barren planet bereft of the ecosystems redolent in our childhoods, and self-seeking power hungry malcontents masquerading as the bastions of democracy will present themselves as the saviors of our solar system ….. giving us only a choice of one kind of evil over another.

Then there are those espousing the alternative view that sleeplessness, or perhaps more correctly sleep disorders are the manifestations of the above depressive states.

Either way, dear reader, cause, or effect, there is nothing good about the terrible twos.

I have learnt these things – none of which cause me to drop off – but in the reading, may you achieve some similar benefit.

I have learnt that:

There are two nice flow-on effects – first, if one exercises early in the day it is alleged that one’s metabolic rate stays up for most of the day – generating more energy for movement and activity and burning more fat, and second, physical tiredness is supposed to help with sleep. I’m not convinced about the latter.

9.  OK, so we’re onto something here. What can I do, doc ? Well, you can lose some weight. Yes. And you can have a bit of nasal surgery….. and stay off the grog yadda yadda yadda. Or you could get a CPAP (air pump)….. but I don’t think you’re that bad…. and it won’t do a lot of good for cuddle time.

10,  So I went to the nose surgeon and she said – sure I can trim things up a bit – it’s day surgery and it MIGHT help. Note “MIGHT” rather than “WILL”. So I had my trim – and it DID help for a while. More air in through the non-snoring pipes. But she added – that the best thing I could have done for my self … would have been to have a longer neck. We agreed that this was a big ask, given the prevailing genetics.

I’ve just about run out of sleep advice, friends of the porc chateau.

8 thoughts on “The Terrible Twos.”