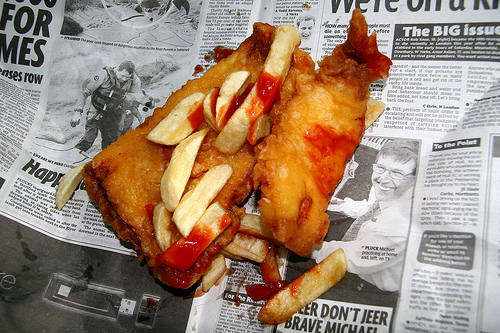 Mark and Algernon were perched at the bar, having enjoyed a lovely morning tea of Granny’s best IPA (Impressive Pig’s A…, I mean, Ale), and were sipping on banana daiquiri chasers. The doors burst open to reveal Big M, wearing his best socks and sandals, Bermuda shorts, and a long sleave shirt, a picture of sartorial excellence.

Big M was still brushing dust from his shirt. “Nah, the Flyer’s electric, now. They only

Big M gets ready for work

get the 38 out for spesh. How are you pair? Another round?” Our intrepid bar flies nodded eagerly, with daiquiri forming little yellow moustaches.

“Well, there’s been some concern.” Proffered Algernon. “We think the Bish is dead, or paralysed, or worse, and Gordon’s bin arrested!”

“Feckin’ stupid heap of shite!” Roared Merv from behind the bar. “Oy, Mark, you’re a plumber, aren’t you?”

“But you’ve got an interest in plumbin’?” Merv was red faced.

“Well, sort of.” Mark swallowed the last of his cocktail, placing the glass on the bar, and nodding enthusiastically towards the empty glass. “I do know that Thomas Crapper and Sons were the finest dunny makers in the Old Dart.”

Merv assiduously ignored the empty glass and the nods. “Well, can any of youz fix

a busted glass washer?” Merv was desperate to avoid washing anything by hand.

“We need to get to the most important matter at hand.” Algernon took control, of the floor, and the cocktails. “Gordon’s cat is missing, feared dead!”

“Well, yes and no. Schrodinger’s cat may have been dead, or may be alive.”

“Well, which is it?” Big M raised his a butt cheek off the stool to let out an enormous fart, or was it a shart?

“No, it was Schrodinger’s famous thought experiment, where he put a cat in a steel box..”

“A dead cat?” Mark had taken control of the cocktails, but not the floor, or the conversation.

“No, alive, anyway, it goes into a steel box with a Geiger counter, which feeds into a relay which can crack open a bottle of cyanide. I think Einstein wanted to add explosives, but that’s beside the point. If one single atom inside the box undergoes

Algernon thinks about it

nuclear decay, the Geiger counter detects it, the relay cracks the cyanide bottle, and the cat dies.” Algernon wasn’t sure they were following. “You don’t know if the cat’s dead or alive until you open the box. So in the meantime, the cat could be in two states, alive, or dead. It’s all quantum physics.”

“So can this bloody Schrodinger fix my bloody glass washer?” Merv was about to throw the machine into the yard.

“So Gordon’s cat is in a steel box?” Big M looked self-satisfied.

“No, Schrodinger’s dead cat is.” Laughed Mark, picturing a dead cat in a box.

“No, it’s either, or both, dead and alive!” Yelled an exasperated Algernon.

“So where’s Gordon’s cat?” Chimed in Christina, as she reached between them to grab some coasters.