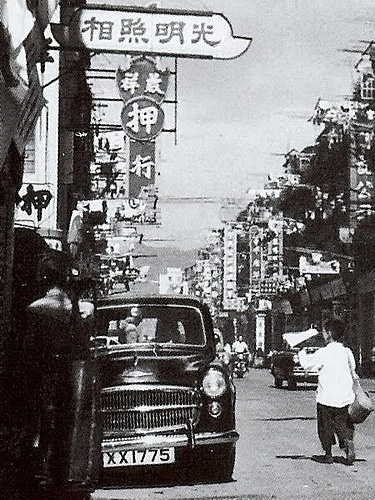 No there WAS a time – when honkers was slang for geese….. as in “Did you catch that woman’s honkers ?”

Later “Honkers” referred to a place.  You could encounter it in conversation with a well-travelled mate. “ Did you stop off in Honkers ?”  “Nup ,we stopped in Singers”

But the term has acquired a new cache unknown in my learning-to-drive days (think very early 1970s).  I remember when Dad sat (courageously it turns out) next to me while I learned the arcane art of getting a VW Beetle to go in a straight-ish line, steer around curves and (heaven forefend) actually stop.

It was a 1963 Deluxe model.  That meant the inside of the doors were lined (as opposed to pained metal) and there was a radio and some kind of stuff resembling carpet on the floor.  But it was only a 6 volt system which meant that high beam was barely strong enough to tear the skin off a custard.  I suspect that it might have had some kind of automotive cataracts.

And it was a kind of shared system.  One had a choice while the engine was running at road speed of whether one went for the wiper, radio or the blinkers.  A wet night was a bloody terror experience, believe me.  And those cross-ply skinny tyres tracked in every groove.  Wet concrete roads were a complete nightmare.  It was as if the car knew a shortcut but wasn’t prepared to share the secret with a neophyte driver.

I remember once when some count* cut me off while I was on L plates, I rashly decided to go for the horn.  “Eep” it went and then gave up.  Dad looked at me as if I’d just peed on his sacred lawn.  “Wot?” I inquired.  “Did the horn help you to stop faster ?” said Dad.  I could see where this was going and there was not a lot of mileage in responding either way.  So Dad helped me out by answering his own question.  “If you have time to honk, you don’t need to.  And if you don’t have time, honking isn’t going to reduce the panel-beating bill.  Only arseholes honk.  Well, arseholes and dickheads and inconsiderate bastards who for some unfathomable reason always honk when they drive off after midnight after visiting someone – I suppose so the neighbours know how massively popular their friends are.”

I got it and I have more or less never honked since 1972.

But, dear reader, I now live in the fair city of Sydney.  The city most likely to choke to death on traffic and outdo Las Angeles in road rage fatalities.  And honking here has become a New York way of life.  People honk all the bloody time.  “Are they honking me ?  What the fork have I done ?  Do I need to get the baseball bat out and exterminate a few head and tail lights ?   Wot, wot, wot ?

I take a lot of public transport.  Some of it in vehicles.  Few vehicles get you across town faster than walking these days – which is why it’s such a good idea to build lots more roads so that more folks can start jamming – but not in the Bob Marley sense.  Even bloody bus drivers honk.  But their horns are a lot more impressive than a 1963 VW Beetle Deluxe.  A Mercedes Benz bus horn can actually kill small animals in the next suburb.  An inept driver cutting in front of a bus does not require the bus to actually contact their car to sustain a few grand worth of damage.  A decent blast will bend panels and strip the paint back to bare metal.

And a hearty bus honk not only scares the rest of the traffic shitless, it shows which passengers were probably in god’s waiting room and would have shuffled off at any moment anyway.  I think this explains why buses smell the way they do.

No, it’s alright.  I was getting off here anyway.

No conductors were harmed in the making of this story – because there ARE no fucking conductors.

*  remove the vowel of your choice.