Story by Neville Cole   (Good to see you, sport)

As many people know – or at least those people out there with access to Google who have ever been curious about such things know – the 1st email was written by pioneering computer programmer Ray Tomlinson way back in 1971. He sent it to himself. Ray later noted that first message was “entirely forgettable. . . . Most likely it was QWERTYIOP or something similar,” he quipped in that wonderfully understated manner in which pioneering computer programmers are so adept.

Anyway, no offense to Ray, who I need not remind you will, for all time, be remembered as a pioneering (dare I say “groundbreaking”) computer programmer; but the story of “The 1st Email” is not exactly a page-turner. Now, the 2nd email? That’s a whole other story! 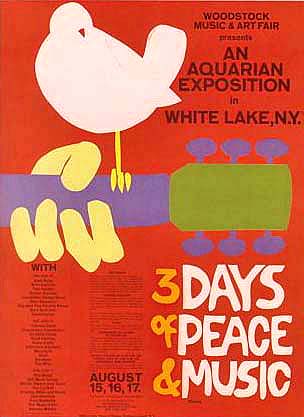 To fully appreciate the monumental significance of “The 2nd Email,” travel with me back in time to the Summer of Love, specifically to the Woodstock Music & Art Fair — or, more simply Woodstock.

Again, Google informs us that “Woodstock” was a music festival that attracted an audience of over 400,000 people and that it was billed as “an Aquarian Exposition” and that it was scheduled over three days on Max Yasgur’s dairy farm in Bethel, New York (near the town of Woodstock) from August 15 to 17, 1969; but that the festival ultimately ran for four days and therefore did not end until August 18, 1969. Finally, the baby boomers among us are also aware that, for a fortunate few, the festival has never ended. Count Ray Tomlinson among those fortunate few.

You see, when Ray first arrived at Max Yasgur’s farm he was not yet recognized as a pioneering computer programmer. He was known at “that punk kid from Amsterdam, New York.” Ray was a “junior nerd” at the technology company of Bolt, Beranek and Newman (now known as BBN Technologies).

It is important to note that at BBM Ray did eventually become a pioneering computer programmer. I mean, the list of Ray’s accomplishments is, well… both pioneering and groundbreaking. As if helping to develop the TENEX operating system including the ARPANET Network Control Program, to implementations of Telnet, and implementations on the self-replicating programs Creeper and Reaper were not enough. Let’s not forget that Ray wrote a file transfer program called CPYNET to transfer files through the ARPANET and changed a program called SNDMSG, which sent messages to other users of a time-sharing computer, to run on TENEX.  I mean that would have been plenty in and of itself, but Ray also added code he took from CPYNET to SNDMSG so that messages could be sent to users on other computers—which is, of course, what is most important to us today because that piece of pioneering computer programming was the 1st email which lead, quite naturally, to the point of this tale: the 2nd email.

Anyway, back to Max Yasgur’s Farm. It’s the last day of Woodstock (extended to Monday as you will recall) and right around 3pm young Ray lay in the mud and filth staring at the grey skies above when like a bolt out of the blue the band he had been waiting to see – Crosby, Stills, Nash and (sometimes) Young – hit the stage. Ray, leapt to his bare feet and let out a primal cry (because he stubbed his toe on an old apple crate someone had apparently recently used as a makeshift urinal); but that didn’t worry Ray because CSN & (a somewhat belligerent) Y were at that very moment commencing a performance that would be, forever after, recognized as the defining moment of their stellar career, the apex of the Summer of Love, and quite possibly (in David Crosby’s drug-addled mind, at least) the greatest single moment in Rock and Roll history.

All it took was hearing Steven Still’s sweet soaring voice sing the first lines of Suite: Judy Blue Eyes for Ray to be transported to…what can only be described as “another dimension.”

But it wasn’t until, CSN (and that miserable SOB) Y continued on that Ray was (not literally) struck by a vision (not unlike) a lightning bolt with a (seriously just a metaphor) blinding flash.

I am yours, you are mine, you are what you are
You make it hard

In that moment, Ray’s life was changed forever. For at that very moment – in the mud, drugs, and mire – Ray saw Sweet Blue-eyed Judy in all her glorious flesh for the very first time. She was in every sense of the word a true (covered in) Earth goddess. Dancing naked and free as if no one was watching (No one but a love-struck Ray that is).

Each moment soon became as one. The siren call of David Crosby, Steven Still, Graham Nash and (was Neil Young even singing? What was wrong with that guy? It’s Woodstock f’christsake!) became Ray’s own thoughts. Each angelic phrase a love letter from Ray’s heart strings through his soul to his love.

And then, in (yet another) moment that Ray would remember with delight for the rest of his days, Sweet Blue-eyed Judy turned to him and simply smiled. Well, not simply. It was more of a smile-that-changes-the-destiny-of-a-pioneering-computer-programmer-in-an-instant kind of smile. It was the moment etched in time, a moment that would last for (not literally again but seemingly for) ever. It was the moment that made Ray one of “the fortunate few” and Woodstock truly HIS Woodstock.

Then, right after that moment I just described, things got just a little weird. For some strange reason, right out of the blue, Crosby, Stills, Nash and (dammit did Young just walk off stage? Where the hell is he?) stopped singing in English and, for no apparent rhyme or reason, broke into Spanish.

But despite all this, Ray’s Woodstock was the most magical time of his young life; because it was there on Max Yasgur’s drug-riddled, trash-filled, sloppy, cold, damp, back paddock that Ray first laid eyes on sweet, beautiful, heaven-sent, blue-eyed Judy. It was just a such a damn shame that he never got up the nerve to actually talk to her or get her number.

Which brings us to forward to 1971 and that 1st email. Or rather, to the inspiration, for the 2nd email.

You see, just as Ray confirmed the delivery of that 1st email. The contents of which Ray later described as “entirely forgettable and I have, therefore, forgotten them.” You see, at the time – before Ray was rightfully recognized as a “pioneering computer programmer” his email messaging system was not considered “important,” or “clever,” or even, sad to say, “pioneering.”  Let’s just say it’s “development was not at the directive of his employer” and leave it at that. In fact, the only reason Tomlinson was pursuing his whole email idea was that “it seemed like a neat idea”.

Funny story: when Tomlinson first showed his email to a colleague, he remarked: “Don’t tell anyone! This isn’t what we’re supposed to be working on”.  Ha! What a sense of humor that guy had!

Anyway, back to the incredible moments just after that 1st email… What do you suppose came on the radio at that very instant? You guessed it! Suite: Judy Blue Eyes!

Ray knew EXACTLY what he had to do. The inspiration for his 2nd email hit him like Neil Young screeching out the chorus of “Keep On Rockin’ in the Free World” (seriously? how did that horrible nasal whine of his ever blend with CS & N in the first place?) Ray’s 2nd email would be the words he wished he’d uttered on that dank, filthy, rotting, garbage-strewn, cow bog back on that damp, chilly Monday afternoon in 1969… and he would send those words out to the whole world in the faint hope that the love of his life was also now a pioneering computer programmer who happened to be at that very moment connected to BBN Technologies famed ARPANET Network Control Program.

“Sweet Blue-eyed Judy of my dreams”, Ray typed up in a flash. “I am yours, you are mine, you are what you are. You make it hard. Love always, Ray.” Then, with all the hope and faith his beaming heart could muster, pioneering computer programmer, Ray Tomlinson launched the very first send all.

Ray never did get a response back from sweet blue-eyed Judy (if that was even her name! and who could tell what color her eyes were with all that mud?). He did however receive very shortly thereafter what has become recognized as ‘The 1st Dick Pic” and even more shortly thereafter that, the “1st email from a wealthy Nigerian Prince” which requested Ray’s assistance in transferring millions of dollars of excess money out of his country while promising to pay Ray for his help.

One last note about Ray Tomlinson… He once noted that he preferred “email” over “e-mail”, joking that “I’m simply trying to conserve the world’s supply of hyphens.” What a card! What a legend! What a story!