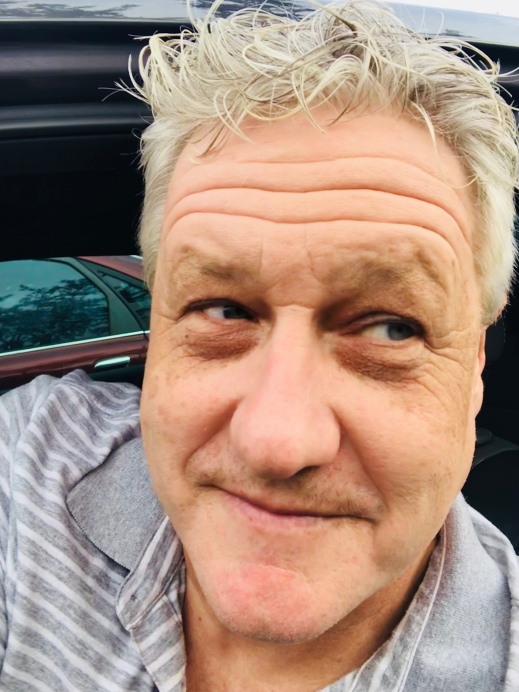 I got a note from our good buddy Mike a little while back. After his usual kind felicitations he got right to the point. “So, I’m asking you”, he wrote, “as one of the Pig’s Arms sage old friends, do you – with your knowledge of so much of the planet – whether you have anything you would like to say about this stage of life?”

Well Mike, I’ve never been one to wear my heart on my sleeve. I like to keep things close to the vest; but as they like to meme about on twitter: Hold my beer! You see, in this stage of life, as with so many of other stages in my life, I can only repeat what I’ve always said. Let’s call it my mantra. It’s better to be lucky than good. You see, friends, I am, and always have been, a glass-half-empty kind of guy (I find it lessens the pain when things go wrong and makes the good that much more surprising and somehow satisfying). Maybe it’s just me. Before I get to my point though, let me give you a quick history lesson about what I’ve always considered my lucky break.

It was way back in 1992. I was 28, a struggling actor stumbling through life furtively trying my hand at one miserable side hustle after another. I was, quite frankly, going nowhere. To make matters worse I had a kid on the way. It was not a good time to be me. I was hanging out at the theater one blessed day (as actors often do) and the phone rang. No one was around, so I picked it up. A voice on the other end of the line asked if I would be willing to come talk, via satellite, to some high school kids in Texas about Shakespeare. “Sure,” I said…and that was it.

Three days later, I found myself, in front of a camera in a tiny studio, rambling on about Romeo and Juliet. As soon as I was done the studio phone rang. The voice on the other end of the line this time said: “What else do you do?”

That’s how my career began. No muss, no fuss. No resume or interview. No college transcript. I walked away (well, sprinted, actually) from my failed acting career and joined the ranks of the gainfully employed. 26 years and 5 mergers later, here I sit in a 4th story office chatting with HR and writing CRs. Liaising with PMOs and VPs and occasionally even COOs. Saying things like “let’s take that offline” and “I’ll put together an LOE ASAP”. My inbox is full of updates about RFPs and PPRs. I attend endless meetings trying to remember the difference between UI and UX and I fret about overages in EMM and getting yet another notice from my arch enemy, JIRA. My life has become a never-ending stream of acronyms.

Friends, it hasn’t been an easy road. Many many co-workers have come and gone and many many times I’ve been tempted to move on. But now, in the immortal words of Paul Anka, as sung by Ol’ Blue Eyes himself: “the end is near. And so I face the final curtain.”

Yep. For the first time in 26 years I am staring into the abyss, my friends. I am coming to terms with the very real possibility that I will be, how do they put it? Oh yeah… let go. Am I ready to be let go? I really don’t know; but do I have a choice? Uh, nope. No I don’t. This is a first for me; but, if there is one thing I’ve learned in all my years, it’s that, Life is a series of firsts; right to the bitter end. We are never really prepared for firsts, are we my friends? First kiss. First pimple. First uh, intimate experience. First break-up. First heartache. First job interview. First tax return. First child. First second child. First divorce. First dating while divorced. First grey hair. First hernia. First death. First… Well, you get the picture. Firsts suck.

The first thing I’ve noticed about all this is how many people have started asking me every day how I am doing. The simple answer is that it depends on the day. Hell, it depends on the moment. There are moments I am quite hopeful and excited for the future. I may be at that moment believing that  good things are happening. Then in the twinkling of an eye I am terrified. Everything is going swell then I suddenly see myself standing at a freeway exit with a Will Work For Food sign. But you know friends, there has always been a fine line between terror and excitement. That, my friends, IS the razor’s edge. I am trying to walk the tightrope, here. I am trying to survive.

The other thing I’ve noticed is that there is a near constant soundtrack to my “process” (which is how I like to describe what really amounts to a lot of flailing around the dark swinging at invisible demons). Anyway, to quell my nerves, I suppose, I have I have begun to sing random songs. A lot. Almost subconsciously… Sometimes I break out into a little John Lennon:

Other times I’ll belt out a little Bowie.

Even found myself humming Devo the other day.

Workin’ in the coal mine
Goin’ on down, down
Workin’ in a coal mine
Oops, about to slip down

Pretty soon, I’m sure, some Johnny Paycheck sure to turn up.

Take this job and shove it
I ain’t working here no more!

Yep. It’s a weird time to be me. But is it helping? I honestly don’t know. Does anything help at a time like this? I have worked one place my whole career. Sure, we’ve been bought out a few times and sure the work I’ve been doing has changed but I haven’t even tried to get another job since last century. I am a dinosaur. This is a big first for me. The problem with firsts is you never really know. Firsts are awkward. You make mistakes.  Firsts make you feel like an idiot. First make you look like an idiot. Firsts, basically, make you an idiot.

That’s not to say I am totally alone in this. I am getting lots and lots of solid (and well-meaning) advice about what I should be doing. I’ve been told several times I should be working out. I hear also I should try meditating or reading this great self-how book that changed someone’s life. Some say this is an opportunity to get closer to god. (Oh geez, now I’m singing again: “I want to fu*k you like an animal. I want to feel you from the inside. You bring me closer to god!” Shut the fu*k up, internal DJ! You are not helping.)

Anyway, back to the matter at hand. I’ve received all kind of help already. I’ve been handed numbers of employment lawyers. I’ve heard strategies for discussions with HR. I’ve been told about all the things I should be documenting as evidence. I’ve heard tons of suggestions about things I should be telling my boss (and my boss’s boss) and, of course, I’ve got a growing list of people I should reach out to explore other opportunities. It’s all stuff I already know, of course.

I am also hearing lots and lots of well-worn phrases such as, when one door closes, another opens. You know something folks, hate to break it to you but I have evidence to suggests that is literally not true. I’ve also heard a lot lately that everything happens for a reason but, you know, sometimes the reason is “shit happens” ’cause, well… it is what it is and what doesn’t kill you makes you stronger.  So help me god, if I hear one more cliche I am going to scream! (wait… did I just cliche myself?)

But folks (excuse my brief political rant here) the real problem I have is that in another time, in another place, I’d be nearing retirement age. My future would pretty much be set. But this is the USA and this is 2018. This is Trumpland. There is no safety net. I’m going to have to pull myself up by my bootstraps, it seems. I know I am going to have to make some changes, starting now; because friends, you know what they always say: If you can’t change the situation, change yourself. That said, we all know that the only constant is change and while it’s clear that change is painful; nothing is as painful as staying where you don’t belong. Let’s face it folks, change is inevitable, except from a vending machine.

So, Mike, old friend, that’s the world from where I stand. Pardon my platitudes. Hopefully, what they also always say is true and every exit is an entrance to somewhere else because, all signs point to me about to find out where that somewhere else is and all I’m saying is the grass better be greener than here because one day I hope to be laughing about all this, because, you know, in the end, all’s well that ends well.

Cheers to all. Your OLD friend.

12 thoughts on “Pardon the Platitudes”