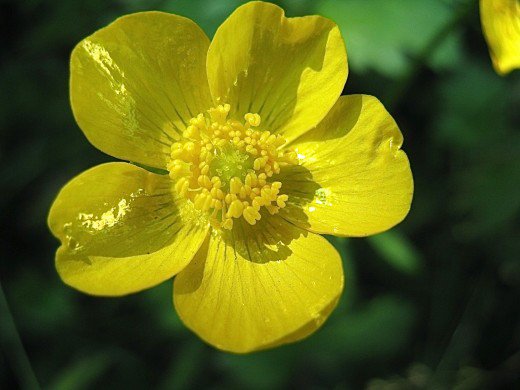 PART ONE: BUCK UP BUTTERCUP

Harry staggered from The Bottled Blond sweating like he’d just run a marathon. He paused for a moment to catch his breath. His face was blotched, his pupils like pin pricks, but he had a smile from ear to ear. Harry fell into a waiting pedicab and blurted out two words: “Coach House.” As the driver pulled away Harry surveyed the scene like Caesar in his chariot returning to Rome until gravity got the best of him. His head fell back and his jaw dropped open. It was quite glorious. The lights above Indian School Road were comets bursting across the heavens. Harry finally keeled over for good just as the Coach House came into view. That big, dumb grin was still on his face. Then his penis exploded.

Tom could not believe it. His career was in flames. Twenty-five years with a perfect record and now this. A Performance Improvement Plan no less! Sixty days to prove himself all over again, or else. To make matter worse, it had been less than six hours and he’d already failed the very first objective. He could not bring himself to call his boss and tell her the bad news. His hand would not physically reach for the phone.

Objective One: Notify manager immediately of any issues or concerns that could lead to a potential schedule delay by phone or IM (not email).

Instead of sticking the plan, Tom sat in solemn silence and stared at his inbox waiting for the next shoe to drop. His cell phone rang. He tried mightily to ignore it. It kept ringing. He picked it up. It was Harry. Perfectly awful timing, as always.

“Tom Hopwood?” said the voice on the other end of the line.

“Mr Hopwood. This is Detective Ramirez from the Scottsdale Police. I am afraid I have some bad news.”

Harry looked around. He was dizzy and confused. He’d blacked out and woken up in some pretty strange places before but never anything like this. In the shadows, a man in a tan houndstooth suit and teardrop crown fedora lit up a cigarette.

“Where am I?” Harry whispered hoarsely.

“This would be the morgue, brother.” Said the man in the hat in a cloud of smoke and vapors.

“Yeah, pal.” The man said moving into the light. “Hate to break it to you, but buddy, you’re dead.”

“It’s takes some getting used to, I know.” The man said reaching out his hand. “Believe me. I’ve been there. Name’s Dick. Dick Downes. Dick Downes Detective Agency. Mind if I ask you a few questions? While things are still fresh on your mind.”

“Why don’t I give you a moment. You still need to adjust. How about a drink? Hair of the dog?” Dick pulled a flask from his coat and handed it to Harry. “Mind you, drinking ain’t the same when you’re dead.” Dick dropped his cigarette and pressed it under the toe of his gumshoe. “Neither is smoking, for that matter; but, good news is, this stuff can’t kill you anymore and, even better, it never runs out. I’ve had this same flask and the same pack of smokes since ’62! Don’t do nothing for me and it won’t for you. It’s the all about the ritual. Keeps me going somehow.” Harry took the flask from Dick and stared at it for a moment. It was glowing slightly in the darkness. So was his hand. “Go on,” Dick urged. “Take a hit. I don’t know why, but you’ll feel better. Harry took a sip from the flask. He felt a slight tingling sensation but there was no taste at all. “I got a theory that buzz is electrons or some kinda sub-atomic particles just knocking around. Hate to tell you but that’s one of the few feelings you got left. You might as well enjoy it.”

“How am I dead?” Harry asked taking another sip from the flask and returning it to Dick.

“Well, that’s what I’m here to find out, pal” said Dick tucking the flask back in his pocket. You died under what we call mysterious circumstances.”

“Mysterious?” Harry couldn’t seem to manage to say much more than repeat the last thing he heard.

“I’ll say,” Dick laughed. “You had a massive heart attack in a pedicab and your dick exploded. That was some night, brother. What the hell happened, anyway?” Harry reached down between his legs. Everything was still in place.

“Dick exploded? What are you talking about?”

“Take a look for yourself if you don’t believe me.” Dick was back in the corner leaning against the wall. Harry unzipped his fly. His penis was still there but was ripped open from shaft to tip like gutted fish. “Jesus!” Harry exclaimed.

“Don’t worry about it, bub.” Dick said quietly. “Not like you are ever gonna need that thing again. Believe me. Those days are done and gone.

“What the fuck is going on!” Harry suddenly shouted.

“Alright!” Dick said, suddenly back next to Harry. “Now we are getting somewhere. Anger is part of the process. Here’s the thing, brother. You are what we call DNG. Dead Not Gone. For some it’s just temporary; for others, well, like me, it’s probably permanent. My job is to figure out what happened to you and…” Dick lit up another smoke.

“Yeah, you got it. See, until the powers that be figure out what happened to you. Until they read my report. Well, they wont make a decision on what to do with you without more evidence.”

“Everybody goes through this?”

“No,” Dick shook his head. “No. No. Some people it’s obvious. Some people got a long record. Some people got witnesses. A lot of people got it all worked out before they kick the bucket. Then there’s the likes of you. You got very few witnesses. Mysterious circumstances and all. Right now.” Dick exhaled a string of smoke rings and watched them drift away. “Right now, your best hope of wrapping this up quick is someone turns up at your funeral and gives us a clue. Otherwise…”

“Don’t worry, bub. I always nut it out eventually. I’ve been at this seventy years or more and thirty before that while I was still alive. You’ll get your report. Buck up, buttercup! So, unless you want to mope around with the rest of these stiffs all day, what do you say we get out and do a little haunting?

10 thoughts on “The Dead Dicks – A Tom, Dick and Harry Saga”