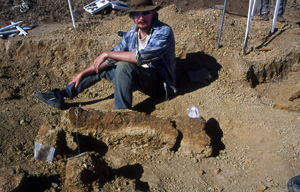 A little something Gregor dug up.....

I don’t write for fun anymore.

I know, I know… What an appalling statement to put on paper. Or type on screen. Or even think at all. For someone whose burning desire for the bulk of their adult life was to bring mirth to the millions (or at least chuckles to the occasional Internet Random) through inadequately researched satire, the admission that I’ve not told a joke in anger in years is horrible.

I’ve become everything I despised: grown-up, middle-aged, mortgage-paying “Dad” – complete with questionable fashion sense and a secret desire to donkey-punch young, single men in the back of the head whenever I see them having fun and not being responsible for anything other than themselves.

Not that I’m bitter. No. I’m fine. Just… tired. Hence, cranky. Ergo, quite likely to punch anyone who still plays video games past the age of 30. You know… those guys.

Still, I shouldn’t complain. It’s been a long time coming, and it’s not like my life is over or anything.

I should, at this point, definitely clarify that having a family is one of the single most joy-inducing things I’ve ever done. Having a mortgage, sadly, is not. So the combination of the two means that, with the world’s (and my) finances being what they are, I still write.

But only for money. And never for fun.

At least, that’s how it’s been for the past two years – which, coincidentally as it turns out, is the exact period of time that the Pigs Arms has been open.

Now, if I were Andrew Bolt or Miranda Devine, I could simply make the logical leap that it’s because of the Pigs Arms that I don’t write for fun anymore. Think about it. There’s no such thing as coincidence. You’re open for business, and my mind has snapped shut like a mouse trap on Mickey.

I’ve been paralysed from the cortex, down. I’m the Christopher Reeve of writing.

However, if I really were Andrew Bolt or Miranda Devine, I’d be too busy pandering to my audience of half-brained skull-fucks in tinfoil hats to make an actual point. And, having neatly avoided doing so, I shall deftly change tack.

No one will notice.

I shouldn’t be focussing on me. I should be focussing on the achievement of somebody, somewhere, flicking a virtual switch and hanging this site’s shingle out for the world to see. Creating a haven for those of us who were burned once, twice or three times too many by the Bad Man from Aunty.

I mean, seriously – I know that the god-fearing, tax-paying slack-jaws of Penrith and beyond probably don’t necessarily like the idea that their 33c a day might end up lining the pockets of some left-wing “satirist”, whose every article was – in current internet parlance – trolling, and nothing more.

(I secretly think that, just perhaps, they caught on. Which is why I’m not welcome there anymore. I hope so – surely no editor could be so transparently and terminally stupid. Can they?)

I shouldn’t complain, really. They published every single thing I ever offered them, regardless of how mean-spirited it was. But, at last count, my ‘renegotiated-in-my-absence-and-no-longer-open-for-discussion’ fee of $100 for a 1200 word article is highway robbery. So they can go fuck themselves.

I refuse to write for free. But I take even greater umbrage at being offered such a paltry sum.

I’ve done my time. I’ve worked for nothing as I learnt my craft. For years, I was underpaid for my contributions to more outlets than I care to name. I never, ever expected it from the ABC.

Anyway. I’m actually writing to say Happy Birthday to the Pigs Arms. I’m writing, because you can’t sing happy birthday to a website. You just can’t.

Try it. You’ll get about three lines into the song, and then be suddenly overwhelmed by the same feeling you get when you realise that you’re acting like a dickhead at the zoo in the off chance an animal will do something equally as dumb, for your amusement.

As far as outposts go, this little corner of the internet’s not bad. It’s kind of like Norfolk Island – sparsely populated, but housing quality inhabitants who are far less likely to kill each other than the general population of the mainland.

Of course, there’s no Colleen McCollough hanging around, writing novels and generally making everyone else feel helplessly inadequate. No – instead there’s a sense of camaraderie. A coming together of like-minded men and women, who share a passion for the written word, a wicked pun or simply want somewhere to empty the strange box of tricks that they keep at the back of their mind.

You know the box I’m talking about. It’s the one that smells a bit musty when you open it up, and you can pretend in polite company to be a bit shocked at what’s inside, but really… you’re only fooling yourself.

Anyway. Happy Birthday, Pigs Arms. Congratulations to everyone involved, from the casual blow-ins to the regulars, implementers, facilitators and, dare I say it, enablers amongst us all.

Oh – and Mike – By asking me to contribute, you’ve got me writing for fun again.

So this one’s on the house.