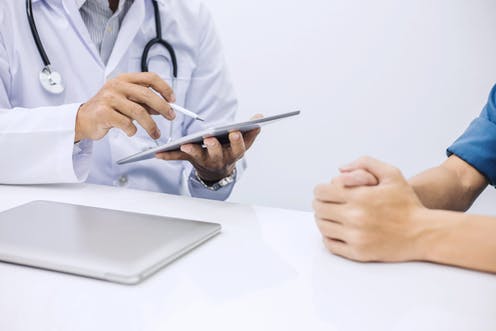 I stole this line from the Australian poet Mark O’Connor.  He was referring to mirages in the arid outback landscape in his 2009 collection “Pilbara” (John Leonard Press).

But I think it now has a far wider application.

The other day LinkedIn reported that Apple had set up its own employee health clinics.

Now, we all know how insanely expensive health care is in the United states and I for one puzzle over why the main beneficiaries of this prohibitively expensive healthcare should vote for Trump and be OK about the attempted assassination of Obamacare.

The curious thing was the unbridled praise for Apple (the world’s first US$Trillian company).  I guess, on the surface it sounds like corporate munificence, but I wonder how many of those who praised dear old Apple had stopped to consider the wisdom of handing over one’s health information to corporatized hackerdom.

We see here in Australia the growing opposition to what was originally touted as a great idea – a centralised MYHealth Record – that could be accessed by just about anyone with a pulse – as well as a rampaging pack of health industry blood sucking corporations.  Any reason why would we not be concerned – with all the famous governmental IT fuck ups from something as simple as running a census, to plundering Centrelink recipients’ payments.  Did I mention the crash of the ATO’s DIY online fuck up ?  This is a classic.  The one department with unlimited funds manages to stuff up people’s access to actually provide those funds by paying their taxes on time.  Sorry Commissioner, I tried to pay my tax but your dog ate my homework.

Needless to labour the point.  I give you WikiLeaks.  If the Pentagon can’t maintain security, best of luck punting on the Australian Department of Health.  There’s no security.  LinkedIn was hacked.  So was Facebook – oh no.  They GAVE access to those pommie bastards caught red handed who have wisely filed for bankruptcy and disappeared into the sand.

It’s no wonder that doctors are coming out of the woodwork and saying they they personally won’t be participating in MYHealth by supplying their own health details into some unsupervised cesspit open to every corporation who would want to flog us pharmaceutical and other megabuck treatments – rather than help staunch this river of cash.

So, imagine you work for Apple and one or two of life’s vicissitudes befalls you. Imagine your mental health isn’t in great shape after the death of a loved one, or a diagnosis of a terminal illness.  Would you be comfortable that the patient-doctor bond of privacy would be respected ?  Let’s remember what Apple actually does – they are specialists at hacking.  And of course, your doctor also works for Apple and he or she doesn’t want to risk a fat pay check by holding back information that your productivity just now might be a bit crap.

So – best of luck Apple employees.